A Little Arsenic, Anyone?


The Prairie Players are at it again. Rehearsals are underway for Arsenic and Old Lace and you won’t want to miss this insanely goofy comedy. This famous play written by Joseph Kesselring debuted on Broadway in 1941. The dialogue takes several snide jabs at theatre critics, and when you know Kesselring’s history, you’ll understand why. 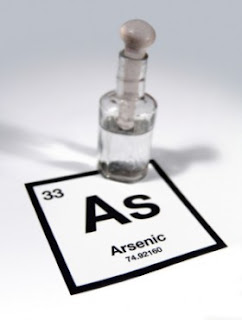 So when Arsenic and Old Lace appeared on the scene, it surprised critics. What they may not have known was that Kesselring had help with the writing. Though he retained full credit for the piece, the producers who bought the script, Howard Lindsay and Russel Crouse, all but rewrote everything, changing many of the situations and introducing some new characters. So the script became a true collaboration and its wild success gives testament to the power of team work.

Speaking of team work, you’re going to love Connie Krawec and Peggy Tidsbury’s portrayals of the two charming sisters who welcome lonely old men into their peaceful Victorian home so they can poison them and bury the bodies in their basement, all in the name of charity. Doesn’t sound exactly side-splitting, does it? But when you add Kevin Hamm’s depiction of their nephew, Mortimer, (along with a large cast of other confused and colorful characters), you will know why the Herald Tribune called it “the most riotously hilarious comedy of the season,” and the Sun’s critic proclaimed, “you wouldn’t believe homicidal mania could be so funny.”

Mark your calendars now for the play on November 11 and 12, or for dinner theatre on November 13 and 14, all at the William Glesby Centre. I understand tickets for the November 11 performance will be free to veterans.

In the meantime…
Some of my column readers have asked how the “Bake-Off” playwriting competition went, and I’m delighted to report the end result might be one of the funniest pieces I’ve ever written called Peace We Often Forfeit. The three ingredients they gave us were: a yellow submarine, hysteria, and a red line. The audience will have fantastic fun seeing how each of the five playwrights incorporated these elements into their scene and then voting for the one they like best.

With the pressure off, I intend to sit back and enjoy it. When I saw the credentials of the other writers, I waved goodbye to any hope of winning and feel humbled and grateful to have been chosen to participate! The others come from Winnipeg, Calgary, and Vancouver, so I feel like I’m representing the rural world.

I’d be thrilled if you could attend, too. It’s on Monday, September 14, 7:00 p.m. at the Asper Centre for Theatre and Film, 400 Colony Street (north of the old bus depot off Portage Avenue.) Then at 9:00, the reading of my one-hour play, Irony: A Tragic Comedy about Life and Death will take place in the same venue. So you can take in both events with one trip, and tickets are available for a suggested donation of $10 at www.sarasvati.ca/femfest/tickets/