Does the pandemic have you feeling like you’re just waiting? On hold? Biding the time? While many artists have been stalled—musicians with no concerts, actors with no shoots, dancers with no stage—nothing is stopping writers from continuing their craft. Writers can still write, blog, submit their work electronically and receive payment the same way. They can take advantage of writers’ webinars and online conferences that have sprung up due to the pandemic—events they might not have been able to afford in person. Their readers have more time to read. For many, the isolation works in their favor.

Or you’d think it would.

I’ve been surprised to find, both in my own life and in connecting with others online, that the opposite has also been true. While you’d expect writers to relish the opportunity, many have found themselves in a slump. Unmotivated. Uncreative. Unambitious. I don’t understand the psychology of it, but I’ve experienced the lethargy too. In March and April, my current novel-in-progress seemed completely stalled out about a quarter of the way in.

Then something happened on May 8. The Word Guild announced its awards short-list. I had entered two pieces: a column that appeared in this paper last summer called “No Such Thing as Unplanned,” and a manuscript for an unpublished novel called “April’s Promise.” Both made the short-list! The novel is up against four others, and the winning book—to be announced on June 13—will be published by Canadian publisher Castle Quay Books in 2021.

Obviously, I’d love to win.
Odds are four to one that I won’t.

The first question I asked myself was, “What will you do if you don’t win, Terrie? If you haven’t used this waiting time well, your current novel will still be just as far from completion, you’ll be less motivated than ever, and you’ll be five weeks older.”

Maybe there was an alternative. 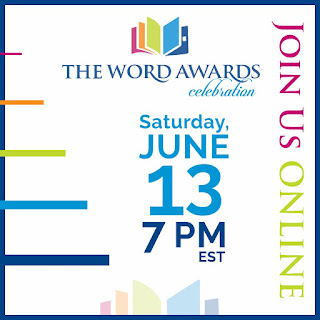 I did some math. If I wrote 10,000 words per week, I could reach the end of my novel-in-progress by June 13. That way, win or lose, I’d have something to celebrate on awards night.

Challenging? For sure.
Impossible? Not with prayer.

I’m on track. My little mind game has provided the motivation I needed to hammer out 2,000 words each weekday, making up any shortfall on the weekend. Though I still have a ways to go before I can type THE END on my manuscript, I did reach the word count goal and the finish line is in sight. What’s more, I’ve been falling asleep happier at the end of each day knowing I’m accomplishing at least part of what God put me on this earth to do.

How about you? Are you in a spot saying, “all we can do is wait?” Ask yourself if that’s really true. Fill the waiting. Use the time well, because when the awaited day arrives, you’ll be five weeks older or five months older or five years older whether you do the work or not. Use whatever mind games or creative tricks you need to accomplish your goals. And don’t forget to pray.
Posted by Terrie Todd at 1:54 PM