Christmas Presents I Remember: The Radio & the Cassette Recorder


In 1972, if you wanted to hear your favorite song, you had to wait until it played on the radio. Unless, of course, you were rich enough to buy it on a 45 or the entire album on a vinyl record or cassette. Cassettes were pointless, because chances are you didn’t have anything to play them on anyway. And even if you were so lucky, if you wanted various hits from various artists, you needed to make your own mix tape. 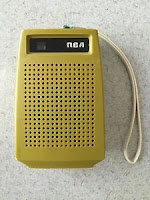 Lucky for me, I owned a little avocado green, RCA transistor radio. My parents had given it to me the previous Christmas and throughout the year I dutifully listened to CKRC for all my favorite songs, wearing out untold 9-volt batteries in the process. So many of the hits from that year have become classics: Don McLean’s American Pie, Robert John’s The Lion Sleeps Tonight, and Puppy Love by my boyfriend, Donny Osmond, who I was certain would fall madly in love with me if only we could meet. 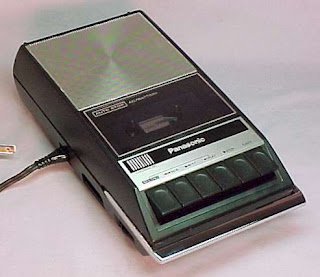 After a year of listening to my radio, my parents surprised me with my own cassette recorder for Christmas of ‘72! Halleluiah! I knew precisely how I would spend New Year’s Day. When the radio station counted down the top hits of the year, I’d be ready. I stocked up on long-play cassettes--45 minutes each side, for a total of 90. Six or so of these puppies should be enough for me to capture the day’s offerings. I set up my recorder next to my little radio, placed the microphone right in front of the radio’s speaker, and hit record as soon as they began the Top 100 countdown. I would have 100 greatest hits available at my fingertips to listen to any time I wanted! Life was good.

It required discipline. In order to get the most out of my tapes, I had to change them when they were getting too full to hold one more song without missing the start of the next. I refused to stop the tapes and listen to what I was capturing, because I didn’t want to risk missing a single song. These amazing tapes would surely carry me through my teen years and beyond!

After the #1 song was played and recorded (The First Time Ever I Saw Your Face by Roberta Flack), I finally allowed myself the luxury of listening to my tapes.

While the radio itself fell a few smooth tones short of a state-of-the-art sound system, placing the microphone right in front of the radio’s little speaker was the straw that broke the camel’s ear. What I had captured was mind-numbing static with an occasional recognizable tune in the background. Hours and hours of it.

But you know what? I’m glad the tapes didn’t turn out. Why? Because I would have obtained them without contributing anything. I wasn’t buying a record or a concert ticket, I wasn’t even listening to commercials. Copyright piracy may not have been a familiar term back then, but it’s what I was trying to do. I was freely taking the hard work of composers and musicians, most of whom take years to reach the place where they can earn anything, not to mention the people who produce, engineer, and promote the work. I was stealing, plain and simple.

Now that I’m a writer, I have a better understanding and a higher regard for copyright laws. They exist for a good reason. If you wouldn’t approve of someone absconding with your paycheck, wouldn’t you think twice before copying someone’s work without their permission? Besides, it’s against the law.

If you’re listening to pirated music or watching pirated movies, I invite you to start fresh and resolve to discontinue the habit in 2016. A clean conscious is a gift you give yourself.