Never Been to War

I found a treasure while browsing the bookshelves at our local MCC Thrift store recently.

Compiled by Priscilla Galloway and published in 1999, Too Young to Fight: Memories from our youth during World War II includes reminiscences of twelve writers who were children or teenagers during the war. Many of their contributions include photos. I saw the book as a tremendous research tool for future novels, even though I assumed it was American. I figured many of the stories would cross over.

To my delight, when I took a closer look at home, I discovered it’s a Canadian collection. In fact, one of the contributors, Joy Kogawa, wrote an entire novel based on her experiences as a Japanese Canadian during the war. I recently read that book—Obasan—and mentioned it in a blog post. She refers to war as “state-sanctioned racism,” and for good reason.

I’ve now finished Too Young to Fight, and I can easily imagine some of these real-life stories happening to my fictional characters.

One reason I enjoy writing about the lives of ordinary Canadians during the war years is because those stories have, for the most part, been overlooked. Books and movies are made about the battles, the espionage, the truly big adventures in all their drama and horror. But those of us who didn’t live through it know little about what life was like here at home.

This collection provides a brilliant glimpse into those lives, often seemingly unaffected by war on the surface. But many recall experiencing deep fear, knowing how children their own age suffered the direct ravages of destruction across the sea. Some became well-acquainted with British children sent to Canada to be kept safe and feared the same could happen to them. Separation from parents and everything familiar. Where would they go when their turn came?

Several wrote of difficult adjustments after the war ended. What had become normal was now topsy-turvy. Some were introduced to a father they’d never known—in some cases, a father who we’d now say suffered from post-traumatic stress disorder but for whom therapy was unavailable. One English child, sent to Canada at the age of four, returned home at the age of nine to parents she barely remembered and a baby brother she’d never met.

Some lost their fathers and big brothers entirely.

The quote that summarizes it most powerfully comes from Jean Little’s section of the book. She closes her chapter like this:

“Real war wounds maim you for life. Fear haunts the dreams of children caught in war even when they become grandparents. Although I lived through the war years cocooned in my cozy Canadian childhood, the life stories told to me by people who had survived World War II, and a book written by a teenager who had not [Anne Frank], taught me that war has no happy ending. Although I still live in a cocoon called Canada, I try not to forget.”

And neither must we. 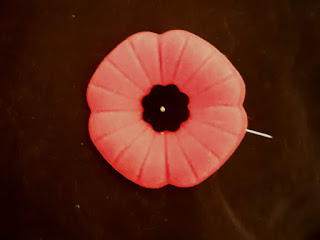 My singer/songwriter friend Keith Kitchen of Swift Current has recorded a song called “Never Been to War.” The music video (directed by Derek Selinger) recently won the 2018 Best Music Video award at the Edmonton Short Film Festival. It’s a song of gratitude and innocence, afforded to us because of the sacrifices of others. The video, made in cooperation with the Royal Canadian Legion, is well worth your time this Remembrance Day. You can watch it HERE.