One day last month, I saw a twenty-dollar bill lying on the sidewalk. No one was around. The nearby businesses were not yet open for the day. If I didn’t keep moving, I’d be late for work.

What would you do?

I stuffed it in my pocket.

On my walk home five hours later, I put my hand in my pocket and remembered my find. What should I do with it? By the time I arrived home, I’d formed what I thought was a good idea. I logged into Facebook and found a local queries page that generates a lot of activity. Here’s what I posted:

FOUND ON SEPT 20: some money on Tupper Street. Private message me, describing what you lost and where you were, and I’ll do my best to get it back to you. If not claimed in three days, I will donate it to whichever of the following charities receives the most votes.

I then created a poll whereby people could vote for one of four local charities.

Responses over the next several hours proved interesting. 251 people voted. Sixteen left comments, most of them advising me on what I should have done, two of them praising me for paying it forward. Only one person private-messaged me. The amount of cash they’d lost was far greater than what I’d found, and I sure hope theirs was recovered.

By the next day, comments ceased. I suppose my post had rolled on down and been buried by new ones. Big Brothers/Big Sisters received over half the votes, so that’s where the money went. 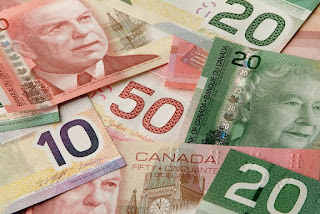 What I found especially intriguing was how, even though I had not sought advice, people felt compelled to tell me the rightful way to handle it. Most thought I should have taken the money to the RCMP. True, I had not revealed the amount. Would they have been as adamant about me going to the police if they’d known it was a twenty? If not, why not? What if it were ten dollars? How about a toonie? How much is too much to keep? Or too little to mention?

Examining my own motives and emotional responses throughout this process proved humbling. Was my first thought “woo-hoo” when I saw the money?

Absolutely. I was prepared to keep it, until my conscience kicked in.

When I went public with my attempt to return it to its rightful owner or give it away, did a part of me want to look virtuous?

Did I feel like weeping because my character was in question?

Did I want to scream, “People! I could have said nothing at all and bought myself a pizza with extra toppings. I’m trying to be decent and all I’m getting is criticism!”

Yes, I wanted to.

When my inner grammar cop saw “You should of…” did she shudder and roll her eyes?

Definitely. She’s the judgiest of all.

Well, no, because I figured I could get a blog post out of it.

You could call this an experiment on the inadequacy of social media. You don’t have all the facts and may never get them, even if you ask. It points out how quickly we assume we would have done something better, that we know what is right or wrong.

I’ll be pondering on this awhile.

Be honest with yourself. What would you have done?
Posted by Terrie Todd at 9:28 PM