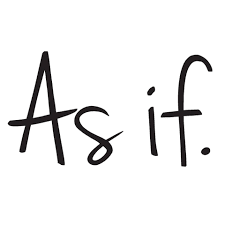 For years, I tried to let the idea go. A story about a Japanese Canadian girl relocated from Vancouver to a Manitoba sugar beet farm during World War II was obviously not my story to write. As if. I’m not Japanese. I’m not a history major. I don’t have the experience required to do the copious research. When I realized this fictional girl would start writing letters to the farmer’s son, imprisoned in a Japanese POW camp—I knew for sure the story was not mine to tell. Good fiction must be historically accurate and believable. I’d be in so far over my head, I wouldn’t be able to see the sun.

So I fought it. Great idea for someone else. Not me. While I resisted, I wrote two other books. I think they’re good books, but based on publishers’ rejections so far, I must be mistaken.

Meanwhile, the “big” story would not let me go.

Then, in June of 2018, I learned about a documentary called “Facing Injustice” in which my friend Terry Tully and his mom, Osono, appear. (I wrote about that last summer when CBC aired it.) One man featured predominantly in the film is Art Miki. Only five years old when relocated with his family, he grew up to play a key role in lobbying government toward redress for the interned Japanese Canadians. He and Prime Minister Mulroney sat side by side to sign the official agreement in 1988.

I watched the film three times. I spent that summer reading books, some about the Japanese internment, some about prisoners of war in Japan, some about sugar beet farming. The more I read, the more I argued with God. The story remained far too big for me.

With an August ninth medical appointment in Winnipeg, I decided maybe I could gain a little inspiration at Folklorama’s Japanese pavilion. When I booked my ticket online, I felt intrigued to discover that Art Miki was one of the pavilion’s directors. Because I felt utterly unqualified to author this book, I told God if he really wanted me to tackle it, I needed confirmation. I don’t often ask God for signs. It seems demanding and faithless and frankly, a little childish. But on my drive to Winnipeg, I told God that perhaps if I could actually meet Art Miki and speak with him, I’d gain some clarity. I knew the odds were slim. Even if he were at the pavilion, he’d be busy. It would be crowded. Would I even recognize him? Would I possess the courage to approach him?

The crowd was so big, organizers were turning people away from the ticket line. I got inside and started looking around. In a row of chairs against the wall about five feet from me, sat Art Miki. I recognized him immediately. I left the food line and introduced myself. Thanked him for all his work on behalf of Japanese Canadians. Told him I was a novelist and a bit of what I was thinking. He told me about Mark Sakamoto’s book “Forgiveness,” which they had for sale downstairs. After the show, I bought one of only two copies they had. Turns out the book is a true story that mirrors the more complicated one percolating in my heart. Maybe the concept wasn’t so far-fetched after all.

I kept reading. I kept procrastinating. Finally, last November, I plunged in. Three chapters into the girl’s story, it was time to start writing the soldier’s. I felt stuck. I knew I needed to get this guy from Winnipeg to Japan somehow, but I couldn’t just randomly make stuff up. I prayed for guidance. I’d promised myself I’d stay off Facebook all weekend and just write. But Hubby asked me to log in and check whether his co-worker’s grandbaby had arrived. When I logged in, the first thing I saw was my friend Anita’s Remembrance Day post. She’d left a tribute to her great-uncle, Isaac Friesen, who served with the First Battalion, Winnipeg Grenadiers and ended up in a Japanese POW camp. Five minutes after asking God to show me how to get this kid to Japan, I’m reading about Isaac’s battalion. I found everything I needed to get my fictional soldier where I needed him, including routes taken, dates, and other priceless details.

In February, I attended a writers’ retreat where bestselling author Rachel Hauck worked with me. “If you don’t write this story, I will,” she said. She meant it as encouragement.

I replied, “Yes, please do. I really wish you would.”

When she saw my tears, she asked why I felt such a powerful connection to this story. I could only shrug and cry harder.

“I think it’s yours to tell,” she said. It was my sixtieth birthday.

Last Friday, August 9, 2019—one year to the day since I met Art Miki at Folklorama—I finished the first draft of “Rose Among Thornes.” All 100,000 words of it. It will take a miracle for anyone to publish a book that long by a relatively unknown author. But what if…?

Will this book ever be published or is it meant only as a personal exercise in depending on God’s leading? Time will tell. While I wait to find out, I will repeatedly rewrite and revise the story, because that’s what good writing is all about.

In his book “The Artisan Soul: Crafting Your Life into a Work of Art,” Erwin McManus said, “…if God refuses to mass-produce but insists on an intimate process that in the end forms each of us into the image of Christ, why would we choose a lesser path for our own lives?”

Is there an idea that won’t let you go? Are you resisting out of fear or self-doubt? Ask God for guidance. No, he won’t always grant “signs” when you ask. But occasionally, he does. He loves your honesty. He honors your persistence. He strengthens your faith. And he loves more than anything to walk alongside you on your journey.
Posted by Terrie Todd at 10:56 AM