Canada Goes to the Polls

I’ll admit up front that what I’m about to suggest is far-fetched, but would you play along for a minute? Imagine with me that our federal government discovered it had collected two hundred and sixty million dollars too much in taxes. (That’s not the far-fetched part.) 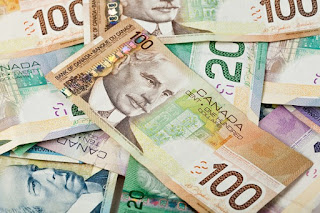 To remedy the problem, it offered a ten-thousand-dollar cash rebate for each and every Canadian over the age of eighteen. No strings attached. All you needed to do was show up at a nearby location, show your identification, and claim your cash.

Now imagine the ten grand was available only to white male Canadians. Would you raise a stink? Would you support others who raised a stink?

It seems highly unlikely any of us would shrug off our right to participate, doesn’t it? Yet, in our last federal election (when voter participation was up from previous years), over eight hundred thousand eligible voters chose not to vote. That’s 31.7 percent. It’s almost as though these folks are willingly handing their ten grand over to someone else.

Maybe my analogy is flawed, but here’s the thing. The right to vote was fought for, long and hard, for many of us. It took decades for women, little by little, to gain ground. Baby steps involved voting in municipal elections and eligibility to serve on school and library boards.

In Great Britain, rats were let loose into suffrage meetings, while rotten eggs and fish were pelted at the women. Horrible stories of imprisonment, of women chaining themselves to fences, going on hunger strikes, and enduring force-feeding are not difficult to find. Yet, a century later, we accept our voting rights as the norm.

On January 28 1916, Manitoba women became the first in Canada to win both the right to vote and to hold provincial office. Saskatchewan and Alberta quickly followed. One reason our prairie provinces took the lead was because the farm movement supported women’s suffrage as the proper course for a democracy. The Women’s Christian Temperance Union’s determination to protect the home and to end violence against women and children strengthened the suffrage cause as well.

But none of it came without heroic effort and great sacrifice. Here in Manitoba, suffragists like Margret Benedictsson, Dr. Amelia Yeomans, Francis Marion Beynon, E. Cora Hind and Nellie McClung devoted their lives to the cause, enduring ridicule and abuse to win rights for their daughters and granddaughters. But first they needed to convince enough men, since only males could vote on the issue!

Two years later, the first women voted in a federal election. It wasn’t until 1948 that Asian Canadians could vote. And Ottawa finally extended voting rights to all Indigenous people, women and men, in 1960.

A ballot may not look like ten thousand dollars to you, but ask someone who does not have the privilege of voting. Until we personally suffer for something, we don’t appreciate its value.