Right around the time the mayor challenged me to write about mortality, a couple of other related things happened. A Facebook friend accused me of wishing my life away because I wanted January to end. And my mother lamented, “what is it with all the deaths lately?”

I was beginning to get the message.

To the mayor, I said, “Well, we’re all dying. I suppose mortality is a relative topic for a blog post.” 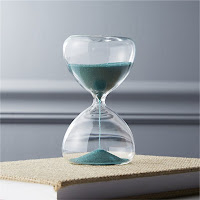 To the Facebook friend, I admitted that in many ways I do wish my life away. That’s because I believe something C.S. Lewis said: “There are far, far better things ahead than anything we leave behind.” Anything! I wouldn’t mind one bit if God chose to call me home today, but I’ll trust his timing.

Everybody’s doing it, but hardly anyone’s talking about it—even when it’s imminent. Why is that?

With Easter approaching, I think it’s a great time for us to consider this matter of death and the hereafter. In fact, I think we can talk about this for at least four weeks. You can tune out or tune in, it’s your call. Either way, your turn to die is coming. The only piece we don’t know is when or how.

I know some people believe that once we die, that’s it. We cease to exist. They could be right, but if so, there’s nothing more to say.

So I’m going to plunge forward with this series on the premise of my own belief, based on the Bible. It’s summed up fairly economically for us in Hebrews 9:27-28: “Everyone has to die once, then face the consequences. Christ’s death was also a one-time event, but it was a sacrifice that took care of sins forever. And so, when he next appears, the outcome for those eager to greet him is, precisely, salvation.”

So, with that out of the way, I hope you’ll keep reading.

“Every man dies, not every man really lives.”
If you’ve seen the movie Braveheart about William Wallace, Scotland’s martyr to freedom, you are familiar with the quote above. If you knew you were going to die tonight, could you honestly say you have really lived? I hope so. It’s not a matter of longevity. I’ve known people who have packed far more life into thirty years than some do into ninety—and I don’t mean bungee jumping or globetrotting or sampling every delicacy known to man. I’m talking about making an impact, leaving a legacy. Using whatever time you have to invest in the purposeful work God placed you on this planet to do. Bringing his kingdom to the people around you, using whatever talents and passions he’s given.

If you can’t say you’ve really lived, what would need to happen for you to be able to say you have? I sure hope it’s not some superficial bucket list, some tourist trap you’ve always wanted to visit, a golf course you’ve hoped to play, or a mindless feat of daring you haven’t quite worked up the courage for. I hope it would require a bit of self sacrifice. That’s where life is found. (Check out Matthew 16:25).

Something to think about until we continue next week.
Posted by Terrie Todd at 7:34 AM