Why the Cross does NOT have the Final Word

At my desk at City Hall one day, I scanned Portage la Prairie’s Fees & Charges Schedule for 2018. It’s posted on the City website, should you ever need to know how much it’ll cost you to buy a pet license (free until the end of March), photocopy a tax bill, rent a mosquito fogger, have your water turned on, or buy a grave—among many other things.

I perused the cemetery fees with great interest. Adult burial plots range from $870 to $970, not counting opening and closing. No matter how hard I studied the schedule, I could not find a fee for a grave that you want to rent temporarily.

One of the popular songs on Christian radio for the past year has been, The Cross Has the Final Word, written by Cody Carnes and recorded by The Newsboys. Although I understand what the song is trying to say, I think it misses the mark. The intent of the key phrase is that the power of Jesus Christ and what he accomplished by dying on the cross trumps everything—sin, disease, war, religion, and death. 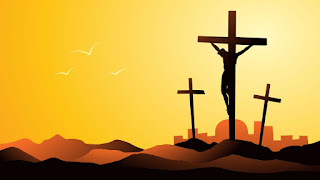 As a kid, I learned how Jesus’s followers buried his body in a rich man’s tomb, fulfilling a prophesy made centuries earlier. I always assumed this spoke to Jesus’s poverty, that he lived without enough means to buy a burial plot of his own. While that’s probably true, a more profound thought occurred to me a couple of years ago.

It wasn’t until our church started singing a song called Resurrecting (by Elevation Worship) that it finally dawned on me. It says, “The tomb where soldiers watched in vain was borrowed for three days.” The body of Jesus wasn’t placed in a borrowed tomb because he was poor, but because he would only need it for a little while! I wonder what our local funeral directors would say if I walked in and said I’d like to take care of some pre-arrangements, but I only needed my grave for three days.

The final word is not the cross of Good Friday. It is the resurrection of Sunday. It is Christ’s empty tomb that really has the final word. Which means it isn’t truly empty at all, because it’s filled with hope. A song written by two of the worship leaders at my church says, “The empty grave holds my hope each day.” I love that, because it speaks not only of life after death, but life right now, filled with hope and purpose every day. Who here doesn’t want that?

Titus 3:8 says, “God’s gift has restored our relationship with him and given us back our lives. And there’s more life to come—an eternity of life! You can count on this.”

No matter how far from God you think you are, the truth is that you’re never more than one step from him. Easter is the perfect time to take that one step. The late Reverend Billy Graham said, “I’ve never met a man who accepted Jesus Christ and regretted it.”