Suck It Up, Buttercup!

I can’t honestly say anyone has ever asked me what the secret to a happy life is. And I can’t truthfully say I know the answer. But I’m pretty sure it has something to do with having a decent vacuum cleaner. 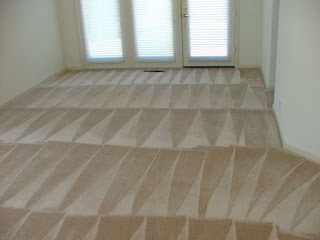 Experience has revealed few things more frustrating than trying to use a vacuum cleaner that does not do what it’s supposed to do. I also know the deeply satisfying feeling of seeing a gloriously clean carpet which only minutes before was covered in lint and crumbs.

I’ve used a lot of vacuum cleaners in my day, probably every make available. The first one I remember ever using was my mother’s burgundy and cream-coloured Electrolux. (Why it was “my mother’s” and not “my parents’” is a sexist topic for another day.) Not that I had to vacuum a lot. But somewhere around age thirteen, I got to redecorate my bedroom and chose a solid purple carpet. You guessed it. It showed every teensy bit of lint my velvet bell bottoms could drop and every long hair my hairbrush lost a grip on. I probably wore out the Electrolux, because somewhere along the line it was replaced with a green Kenmore.

When I moved into a dorm, my roommates and I covered our floor with carpet sample squares, every color and style imaginable. The colourful collection was great, because it didn’t matter what else was in the room—nothing matched anyway. I don’t remember ever vacuuming that floor, though I suppose we must have once or twice.

My first “work assignment” at that school was cleaning the offices and board room. Which might have been fine, except the vacuum cleaner they provided left much to be desired. The best thing I could say about it was, it didn’t suck. I recall going around on my hands and knees with it because part of the wand, as well as the full-size floor attachment, were missing. Perhaps someone thought it would build character in whoever was forced to use it. Maybe that’s why I’m such a character.

When I spent ten years in the house-cleaning gig, I used my clients’ vacuums, and they varied from the upright to the downright impossible. One house had a fancy and amazing mini-beater bar for doing stairs. Others barely made a difference, which felt terribly discouraging. I remember roto-rooting loads of Christmas tree needles from clogged vacuum hoses, changing filters for owners who had no idea filters were a thing, and wrecking my back hauling big old Kirbys up and down stairs.

At home, hubby and I purchased a used Rainbow vacuum because my mother-in-law was a fan and because we couldn’t afford a new one. After forty years, we are now on our second Rainbow—also purchased used—with nearly no repair bills in all that time. Some people don’t like Rainbows because you must empty out the water canister (where all the dirt collects) when you’re done. But, hello? By becoming trapped in the water, the dust can’t seep back into the air. We raised three children in a mobile home with light sandy-coloured carpeting. Even after fifteen years, every time my mother visited, she commented on how new that carpet looked. It was not expensive carpet. I attribute it to the Rainbow. And when our water heater burst recently, our good ol’ Rainbow went to work sucking water off the basement floor. Can yours do that?

This post was not intended to be an advertisement. I hope you’re as happy with your vacuum cleaner as I am and that you appreciate it sufficiently. Now if I could just find someone else to push mine around, I’d be delirious with joy. 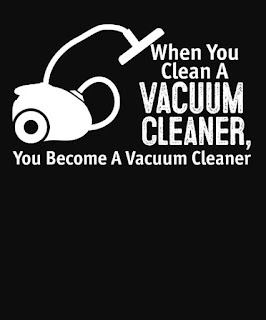