Rest is for the Weary, not the Dead 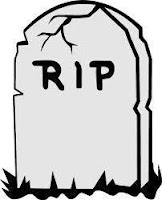 If you hear anyone say, “may she rest in peace” when I die, please smack ‘em for me. I’m sick of needing rest! We should say “rest in peace” to the living, because that’s when we spend a third of our time sleeping—and some of us need a lot more. I resent saying “no” to good things because I need to sleep. It’s frustrating. I don’t know what all I will be doing when I reach the other side, but I am convinced it’ll be anything but resting!

This Easter season, I’ve written about how the resurrection of Jesus Christ gives us hope that we can live forever beyond this life. In fact, death is only a beginning. But did you know there’s a way to experience resurrection while you’re still living and breathing down here? Do yourself a favor this Easter and take time to absorb this song: Resurrecting by Elevation Worship. I mentioned this song in an earlier post. It says, “The tomb where soldiers watched in vain was borrowed for three days.” Listen as the crowd bursts into cheers after the next two lines:
“His body there would not remain; Our God has robbed the grave!”

Allow the song to sweep over you and for the truth of it to sink in deep. Do you realize what this means for you? If someone holds the power over death, he holds power over everything. Why wouldn’t anyone throw in their lot with him? The battles may still rage, but the ultimate war has been won!

The song gets even better.
“By Your spirit, I will rise from the ashes of defeat
The resurrected King is resurrecting me.”

He’s resurrecting me a little each day, even while this body of mine deteriorates. Isn’t that crazy? And ultimately, when it’s my turn to shuffle off this mortal coil, I’ll find myself face to face with the one whose death and resurrection we celebrate this weekend.

Meanwhile, we can live fully alive by refusing to be “that person.” The person who forever talks about doing something, but never does. Do it. Visit that lonely neighbor. Sponsor that child. Take those music lessons. Volunteer. Write that book. Sign up for the class. Teach the workshop. Join a team. Donate blood. Extend the invitation. Forgive that wrong. Share your belongings. Mentor a student. Open your wallet on behalf of others.

Pick something, and start today. Make your life count. And at the end of the day, rest in peace until the time comes when you won’t need to rest anymore.

The bottom line on death is that it’s not forever. Jesus Christ made the boldest claim ever when he called himself the resurrection and the life. “The one who believes in me,” he said, “will live, even though they die.” Then he came back to life to give us the only faith whose founder is alive.

Am I wrong? It’s possible. There’s not a Christian on earth who never experiences doubt, and if they tell you they don’t, they are kidding themselves. It’s possible Jesus Christ did not rise from the dead despite what hundreds of eye witnesses claimed. But until someone shows me something better, I’m resting on Jesus.

Happy Easter!
Posted by Terrie Todd at 7:32 AM No comments:

Will you come to my funeral if I go to yours? 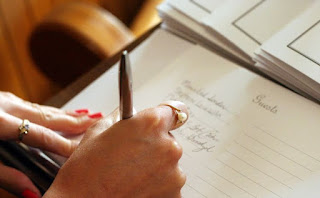 Do you read obituaries? Have you observed that more people opt for no funeral these days? Ever wonder why? I have my theories. One is that fewer people include a traditional faith experience into their lives, so it might seem incongruous to end such a life in a church with prayers and hymns.

Another theory is that people hate attending funerals and don’t want to inflict the same discomfort on their friends.

Or they view their own funeral as being “on stage,” one of the top fears for many, topping the fear of death itself. Although it’s not likely they’ll be asked to speak.

Or maybe deep down, people fear no one will show up. The ultimate rejection.

I’ve heard people say, “Don’t cry when I’m gone.” That’s not healthy, folks! I don’t want my loved ones paralyzed by grief when I die, but tears are a necessary and healing part of the journey. So is laughter. I hope there is plenty of both at my funeral.

“Don’t make a big fuss when I pass, just stick me in the ground and be done with it,” is another line I’ve heard. A statement like that is usually made out of genuine humbleness, but what these folks may be forgetting is that their funeral isn’t for them. It’s for those they leave behind. I found it wonderfully comforting as a grieving daughter to receive the embraces of friends and relatives, to hear my cousins share their memories of my dad, and to hear how much he meant to his friends. I would have felt the loss far more keenly if Dad had declared he didn’t want a funeral.

I think pre-arranging your funeral is similar. Some say, “I won’t care at that point, so do whatever you want.” Again, it’s not for you. Pre-planning spares others from a hundred decisions, some of them costly, at a time when emotions run high and energy and focus are at an all-time low. How much better to not have to purchase a burial plot, choose a casket, name a charity, and all those details because they’re already decided?

I’m beginning to sound like an ad for a funeral home. I promise, no kickbacks were solicited or received in the writing of this post.

I used to think it would be better to return to the pioneer days where the men of the community gathered to build a box and dig a hole. The women brought food and the pastor said a few words. Death wasn’t a billion-dollar business then, and folks didn’t go into debt to give their loved ones a “decent” burial. But I came to appreciate funeral home directors when my father died. I understood better the service they provided and the professionalism with which they delivered it.

Maybe I’m a control freak, but I’ve been planning my own funeral songs since my thirties. As different songs become more meaningful in any given year, I change my playlist accordingly. You might think that’s morbid, but these songs burst with such victory I don’t see how anyone will return home afterward feeling anything other than hope. You see, I firmly believe it’s not so much that life continues after death, but that it finally, truly begins.

More next week, when we celebrate the reason for this glorious hope.