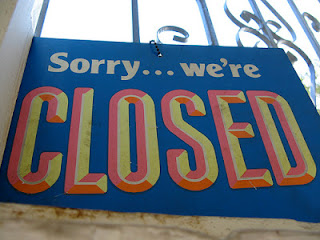 Ever wonder what exactly we’re celebrating this long weekend or how the holiday came to exist? I have. So I did a little research, and here is what I discovered.
Civic Holiday is the most widely used name for a public holiday celebrated in parts of Canada on the first Monday in August, though it is only officially known by that term in Nunavut, the Northwest Territories, Prince Edward Island, and Manitoba.
The date is historically linked to the abolition of slavery in the British Empire in 1834, but was chosen primarily for its timing: between Canada Day and Labour Day there were no recognizable holidays, one of the longest stretches on the Canadian calendar without a holiday. And in the middle of our precious, fleeting summer I might add!
Thus, this holiday was placed roughly halfway between Canada Day and Labour Day; it is celebrated under numerous names in the jurisdictions it is recognized. In many communities, however, Emancipation Day celebrations are also held, specifically commemorating the abolition of slavery in Canada in 1834.
The holiday is known as British Columbia Day in BC, New Brunswick Day in New Brunswick, and Saskatchewan Day in—you guessed it—Saskatchewan. In Alberta, it’s Heritage Day, and is celebrated as Natal Day in Nova Scotia.
In Ontario, the day may be known as Simcoe Day in honour of the first Lieutenant-Governor of Upper Canada, or by Mountie Day in North York, Colonel By Day in Ottawa, George Hamilton Day in Hamilton, Joseph Brant Day in Burlington, Founders’ Day in Brantford, and I could go on. Apparently, Ontario has a tough time agreeing.
I suspect most of us are just glad to have a long weekend.
Summers being so short, I think Canadians would be happier and healthier if every weekend were a long one. Therefore, I propose we throw in a few more holidays, one for every Monday during July and August.
Here are half a dozen random ideas.
1.      Different Coloured Eyes Day. On this day, we’d all get a holiday and people with two different coloured eyes (a condition called Heterochromia) would be eligible for free flights or meals or whatever businesses decided to offer. On a side note, famous people who have Heterochromia include David Bowie, Jane Seymour, and Christopher Walken. Now you know.
2.      Rock Appreciation Day. This is the day you go out and hug a rock, the larger the better. (And, if you happen to be a lover of rock music, you could take this to a completely new level, in which case the rest of us might want to declare it Ear Plugs Day.)
3.      Take Your Pants for a Walk Day. This day is cheaply celebrated: simply go for a walk. Give your pants some exercise. After all, they are looking a little tight around the middle. The walk will do them good. (Alternatively, this day may also be known as Take Your Skirt/Shorts/Dress for a Walk Day.)
4.      Sidewalk Egg Frying Day. Self-explanatory.
5.      Wear Your New Underwear Day. Also self-explanatory.
6.      Random Act of Kindness Day. On this day, everybody does something kind for a total stranger. Do it anonymously, and the grin you take to sleep that night will be even bigger.

Well, that’s almost enough to see us through the summer. What holidays would you like to create?
Posted by Terrie Todd at 11:25 AM