Jobs that Taught Me About Life, Part 2: The Secretary


A few days after high school graduation and with my hands filled with sparkling resumes I’d worked out on my Selectric typewriter, Portage la Prairie was my oyster. I left copies at the brand new Provincial Building (no idea which department I might like to work in, but back then they had a central reception desk at the main doors), the Portage Mutual, and the Portage Co-op.

The next day, I received three job offers by phone and figured that was just how the world worked. The reality check would come later.

Monday morning, I showed up at the Co-op by 8:00 a.m. where I would work in their offices for the next seven months. Having learned shorthand in high school made me a bit of a novelty, and the personnel manager who hired me was eager to play the role of dictator. Turns out, dictating a letter was harder than he imagined. After fumbling around to come up with his first sentence, he sat back, took a drag of his cigarette, and said, “read that back to me.” 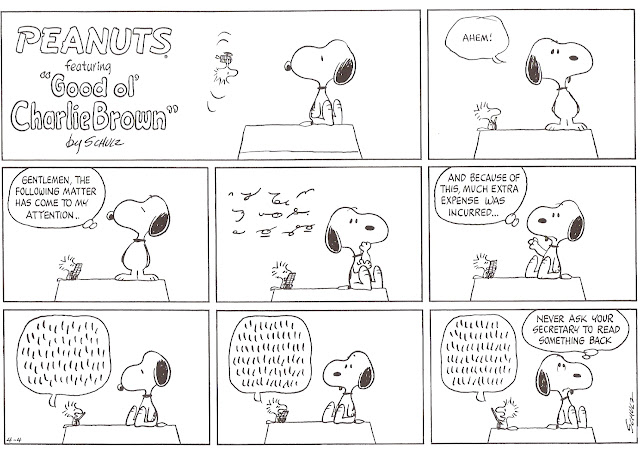 It also turned out that taking dictation in a real office situation was more challenging than taking it in Mrs. Wangsness’ shorthand class, where she stood at the front of the room, stop watch in one hand to evenly time her speaking as she read from carefully prepared text. Even her “no, scratch that’s” were scripted.

We stumbled through one letter, I typed it up, and I never took dictation again. But I do recall typing a lot, sorting piles of invoices into alphabetical order, operating the switchboard, and breathing my chain-smoking co-worker’s second-hand offerings.

It was an interesting time in the life of our Co-op. The old store was being torn down and a brand new one built (which has since been demolished. Yes, I’m that old.) By fall, we had moved our offices into two temporary mobile homes at the rear of the building. I shared the kitchen/living room space of one trailer, while the bedrooms became managers’ offices and the copying room. The second trailer included a makeshift customer counter where more staff worked, and the two trailers were joined to each other and to the main building by plywood hallways that grew increasingly colder as winter set in. Not the most pleasant of working environments, but everyone looked forward to moving in to our new space.

One November weekend, a massive snowstorm left Portage buried up to its nose. When I returned to work Monday morning, I learned one of our trailers had collapsed under the weight of the snow. The roof had come down right on my desk, destroying my typewriter and cracking my desk in half. Had I been sitting at it, I’d have been a goner.

We heard later that the trailer had been made in California and should never have crossed the Canadian border. It was not designed to hold that much snow.

I remember little about what followed because I left shortly thereafter to start my new life in Texas—far from the ice and snow. But I gained work experience that would prove valuable in the years ahead and the memory of that smashed typewriter assured me God was not done with me on this planet yet. I suppose there’s some irony in the fact that I would later live in a mobile home for 26 years.

When our Co-op demolished the old store and opened its current building in 2008, I felt both sad and bewildered as to why they’d destroy such a “new” building. Maybe that’s why I now work at City Hall, built in 1898 and still standing strong.

But that’s a story for another day.
Posted by Terrie Todd at 5:25 AM