The Best Superpower Ever

Last week, I started telling you about a Toastmasters meeting where I was challenged to speak off-the-cuff for two minutes about which superpower I would choose and why. What would you pick?

X-ray vision? No thanks. I don’t need to know what goes on behind other people’s walls or under their clothes.

Superhuman intelligence? Got that one already and it’s not all it’s cracked up to be.

Breathing under water? Nope. These days I have a big enough challenge breathing out of the water.

The ability to rise from the dead? Don’t need that one, either. I already know someone who has that power and he’s promised to do the same for me one day. (See John 11.)

I chose a power not yet bestowed upon any fictional hero I know of. This power could change the course of life on this planet. It could put an end to crime, addictions, poverty, injustice, obesity, poor self-esteem, gossip, and run-on sentences.

It’s this: the power to hear only truth.

Think about it. Now, I’m not talking about knowing all truth. That would make me God. Much of the truth in the world would only break my heart.

But imagine if every time you heard someone speak, whether aloud or your own thoughts, only what is true would register. Anything false would simply not be heard. 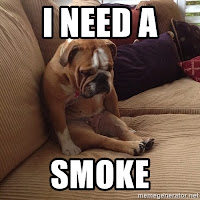 You tell yourself “I need a smoke,” but your mind hears, “I can skip this one and it will be challenging, but I’ll be fine.” Truth.

You’re flipping through a fashion magazine. Instead of the gorgeous, air-brushed model no one will ever look like, you see a photo of yourself with the caption, “I am fearfully and wonderfully made” (Psalm 139:14). Truth.

You’re on coffee break when a co-worker says, “That jerk thinks he can waltz in here and demand service as though he’s the king and we have to do as he demands.” You hear, “That poor man was so mistreated as a child, he has no idea how to relate to others with consideration and kindness.” Truth.

Can you imagine the ramifications if such an empowered person were a judge? A counselor? A police officer? A medical doctor? A parent? A schoolteacher?

I happen to think this would be the best superpower of all. No lies penetrating your brain or heart. It could really set you free, couldn’t it? I guess I’m not the first to think of it, though. Jesus said, “… you will know the truth, and the truth will set you free.” (See John 8.)
Posted by Terrie Todd at 5:59 PM