A Journey of Infertility and Faith, Part 2 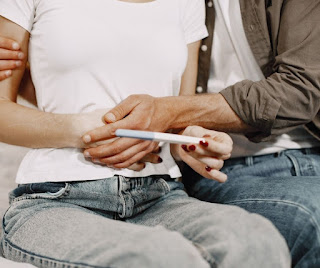 After 13 long years of waiting and testing, Eli and Hannah Abrahams finally received a positive pregnancy test only to learn five days later that the embryo had implanted outside Hannah’s uterus. She could either terminate the pregnancy or risk losing her entire reproductive system or even her life. Either way, the embryo would not survive.

“That was traumatic and emotionally scarring,” they told me. “We are still processing and grieving that experience. Our faith is firm, but our emotions are still healing.”

Now the couple had even more questions for God. After all, babies are God’s idea. Eli says that the question that creeps into his mind most often is, “What gives?”  He’d felt certain God promised him they’d be parents.

The ‘What gives?’ question pops up at the most unpredictable times, like when seeing a parent patting their three-year-old on the head, or even a little tyke throwing a fit at Walmart. Deep within our DNA, Eli believes most of us long for these natural moments.

When Eli poses his 'what gives' question directly to God, it has not come without an answer. The answer, however, has never been new information but a reminder. Each time, he senses God saying the same thing: “Even though you see this, Eli, what was my promise I showed you?”

“It doesn’t come as a jab, or even as a correction,” Eli says. “It simply feels like a new opportunity to experience God’s truth of his personal promise to me from a different angle.  When I have time to go and sit with the question of what God promised me, He usually shows up and shows me a new dimension of how he is present for me in my current pain, but still clearly at work in the promise He gave me.

“I see things sometimes. I feel things a lot. I hear soft whispers of his faithful words (both in the Bible and as peace-filled thoughts). And every now and then, I just find myself in a space where I ‘just know’ God is without a doubt faithfully true and good to fulfill what he has said.”

God promised Eli and Hannah not only that they would become parents, but that they would get pregnant. So, although their questions have changed over the years and although “what gives” is always present, others have emerged. When? Still? How?

Hannah says, “As we have wrestled with God about what his promise meant, I’ve found peace and energy in the answer that always comes: “parent those whom you influence now.”

“I have no clue what pregnancy will look like and how in the world we will have energy for a baby or toddler in our late forties. But I know that I am a good mom and Eli is a good dad because we’ve been able to mentor, guide, and parent those with whom God has trusted us to be in a relationship. Part of our faith journey is holding the tension between already being parents even while we are not yet parents.”

Watch for Part 3 next week for more of the Abrahams’ story.